Chapter 4: Yes I Am A Zombie

Okay so it has been a while since I have been able to update you all on my crazy yet exciting life. The last blog I posted was titled “…am I a zombie yet” and the answer to the question now is …YES.

So as many of you know last week I left Mississippi and returned to North Carolina for my favorite week of the year, pageant week. This week was nothing short of what I hoped for because it was awesome and fun all at the same time. Getting to be around all of my favorite people for a whole week?? What more could you ask for. Other than the fact I was sleep deprived and ate Chick-fil-A grilled nuggets more than I should admit. (Thx mom for the gift cards)

So the 80th Miss North Carolina was crowned and congratulations for Victoria Huggins for receiving this prestigious title.

The week before this however, was a lot different in the studio for me. I started my job (finally) at Michael Kors and was getting to work at 8:00 AM working until 3:00 going straight to the TV station until 11 PM. Waking up and doing it again. 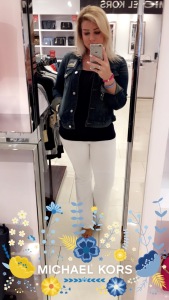 I really enjoyed this week, though. I went on some different shots with a new reporter this week. I have a new buddy, Kendra, who is actually the coolest person ever. She taught me some new things on the computer to help with her stories and showed me how to put together a story, the way she went about it was probably the best teaching way and it was great. We got to go out on a live shot to the pier that was being rebuilt finally after Hurricane Katrina hit. Then we covered two more stories while we were out before coming back to the station.

Mind you, we did a live shot while it was again 900 degrees outside and we were literally dying. It was also monsooning (of course) earlier so Kendra was in rain boots and pants which was very funny…until she kicked dirt on me and it got in my mouth.

The next day, we got to go to this reallllly cool place called Fishbone Alley. Here we did a live shot on the fun activities that they are doing on Wednesdays now and got to eat chicken wings on live TV. I also won a social media contest that day and we won a free pizza.

The week concluded on Thursday for me after going back out with Kendra for the third day in a row and getting a small story on some legal stuff (I can’t really remember everything).

Yeah, zombie life kicked in real quick. Not to mention getting on a 6:00 AM flight to Charlotte Sunday morning to make it to Raleigh for pageant week to start and never actually catching up on my sleep from there.

It was a good Sunday though because Fathers Day I got to see both of my dad’s and my daddy dad spent his fathers day with me at Bojangles since I am deprived of that too here in Mississippi.

It is nice to be back in Mississippi and my supervisor was very understanding when I texted him Monday afternoon (yesterday) after my shift at Michael Kors that I was unable to come in because I desperately needed a nap and to go to bed at 9:00.

As usual stay tuned for the events this week. It is going to be a busy one.

P.S. If you haven’t seen the new Transformers yet, go see it! Daddy and I went to see if before my flight home to Mississippi and it was AWESOME. Okay now I am done.